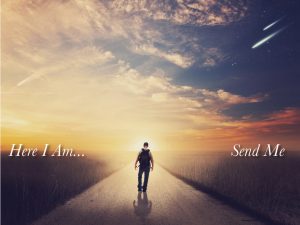 And He said to them, “The harvest is plentiful, but the laborers are few; pray therefore the Lord of the harvest to send out laborers into His harvest. (Luke 10:2)

Opportunities to share Christ are waiting for each one of us. Some surprise us by their delivery right to us: A message from people we knew ten to twenty years ago and haven’t had any     contact with since then—until now, reaching out. We may hesitate before deciding to open the messages, but if we do, we can see the possibility of sharing the Lord. Just a chance occurrence? I truly believe not. The Lord allows us to hear someone knocking. Do we have the ears to hear? It is our decision to open the door and walk into that person’s life once again. This is my testimony recently. I opened those doors, walked back in, saw a need for the Lord, prayed, and left the door wide open, continuing to connect, pray, and share the Lord.

Why do we hesitate to enter those doors that seem to have opportunities waiting behind them? Do we fear involvement, engagement, a personal cost?

Seek the Lord and His strength, seek His presence continually! (I Chronicles 16:11)

Many doorknobs are waiting to be opened. People are knocking on the other side. Maybe faintly, wanting to be heard but fearful to be heard. Maybe aggressively, demanding to be heard in a way that seems the opposite of need and, yet, strongly suggests a need. Maybe just hoping someone will interpret the knock and open the door. Maybe not knocking at all but waiting for us to knock and ask to enter.

Everyone is an opportunity placed before us. 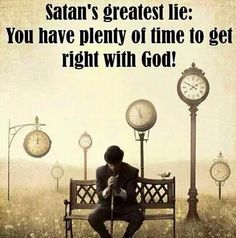 TIME: We often wish to hold onto it-to linger in the moment, the hour, the day- and make time pass more slowly. Just one more day, just one more hour, just one more moment. . .  And then we will have time to say what we want to say, do what we intend to do, and be what we think we can be. But time just, somehow, slips away—and we don’t have time enough, we reason.

TIME: It does not wait for us. It does not hold “the moment.” It does not provide the “right time.” We decide what to do with the time God gives us. The main focus and allocation of our time should be to follow the Lord, obey His Word, and wake up to the reality that Time does pass and it really could be “too late too soon.”

11 And do this, understanding the present time: The hour has already come for you to wake up from your slumber, because our salvation is nearer now than when we first believed. 12 The night is nearly over; the day is almost here. So let us put aside the deeds of darkness and put on the armor of light. (Romans 13:11-12)

TIME: It gives us the hope to change. It grants us the opportunities to make a difference. It bestows us with the gift of each second to unwrap and open the possibilities.

TIME: Isn’t it about time we DID SAY what we wanted to say, we DID DO what we intended to do, and we DID BECOME what we wanted to become—before we end up asking ourselves “How did it get to be so late so soon?”

“God will bring into judgment
both the righteous and the wicked,
for there will be a time for every activity,
a time to judge every deed.” (Ecclesiastes 3:17)

TIME: It won’t last forever here. It will last forever with the Lord. There is much to do in the time God grants us in this life. Let us “put on the armor of light” and boldly SAY what the Lord would have us say, DO what He would have us do, and BECOME what we know we must become-like Christ- to make a change, a difference, and open the possibilities to “do good to all people.”

What we do-or don’t do- each and every today affects our eternity in a forever way. 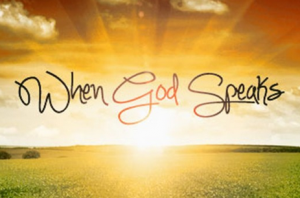 1 In the beginning God created the heavens and the earth. 2 The earth was without form and void, and darkness was upon the face of the deep; and the Spirit of God was moving over the face of the waters.3 AND GOD SAID,“Let there be light”; and there was light.

9 AND GOD SAID, “Let the waters under the heavens be gathered together into one place, and let the dry land appear.”

11 AND GOD SAID, “Let the earth put forth vegetation, plants yielding seed, and fruit trees bearing fruit in which is their seed, each according to its kind, upon the earth.” And it was so.

20 AND GOD SAID, “Let the waters bring forth swarms of living creatures, and let birds fly above the earth across the firmament of the heavens.”

26 THEN GOD SAID, “Let us make man in Our Image, after Our Likeness; and let them have dominion over the fish of the sea, and over the birds of the air, and over the cattle, and over all the earth, and over every creeping thing that creeps upon the earth.” 27 So God created man in His own image, in the image of God He created him; male and female He created them. (From Genesis 1)

What do we hear in our minds when we read this passage? What sound, pitch, volume, intensity, intonation is speaking to us internally when reading this? Do we hear power, the tone of the One in charge? Do we hear love and tenderness in the Voice of the One who created us in His own Image?

The Voice of the Lord.

30 “Now when forty years had passed, an angel appeared to him in the wilderness of Mount Sinai, in a flame of fire in a bush. 31 When Moses saw it he wondered at the sight; and as he drew near to look, the Voice of the Lord came, 32 ‘I am the God of your fathers, the God of Abraham and of Isaac and of Jacob.’ And Moses trembled and did not dare to look. 33 And the Lord said to him, ‘Take off the shoes from your feet, for the place where you are standing is holy ground. (Acts 7:30-33)

Are we bowed down and humbled inside before the God of our ancestors, the Holy One whose Presence we are with through His Word? Can we hear the Voice of His authority, the Voice of His Holiness? Are we in awe and trembling like Moses?

16 And when Jesus was baptized, He went up immediately from the water, and behold, the heavens were opened and He saw the Spirit of God descending like a dove, and alighting on Him; 17 and lo, a Voice from heaven, saying, “This is My beloved Son, with whom I am well pleased.” (Matthew 3:16-17)

Are we speechless before the Lord God and His Son? In God’s Voice do we hear tenderness, parental pride? Can we, also, hear the tinge of sadness that obedience here will lead to obedience on the cross?

Bowing to His Voice

In obedience and love. 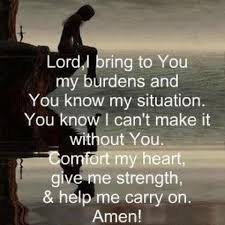 12 And His disciples came and took the body and buried it; and they went and told Jesus. 13 Now when Jesus heard this, He withdrew from there in a boat to a lonely place apart. But when the crowds heard it, they followed Him on foot from the towns. 14 As He went ashore He saw a great throng; and He had compassion on them, and healed their sick.

Jesus had just been told that John the Baptist was beheaded. He sought a place away from the multitude to grieve this loss privately. Yet, moved with compassion and empathy, understanding the needs of the people seeking Him, He left His solitude, putting aside His personal grief, to minister to them and heal their sick.

How many times have we gone to a doctor seeking help and left feeling that the physician just didn’t understand our needs and didn’t have the compassion to make that extra effort to find a cause, a solution, a treatment, a referral. Have we wished that doctors could just experience what we are enduring for a day or even a week, so they could have the empathy needed to walk as we walk, day-by-day?

“The great Physician now is near,
The sympathizing Jesus;
He speaks the drooping heart to cheer,
Oh, hear the voice of Jesus.” 1

Ultimately, we can find only One who has been there with us and has endured what we have experienced.

For we do not have a High Priest who is unable to empathize with our weaknesses, but we have One who has been tempted in every way, just as we are–yet He did not sin. (Hebrews 4:15)

Jesus heals both body and soul. He IS the Great Physician. Turning to Him, we find a balm for whatever suffering we are experiencing. He hears with ears that listen, watches with eyes that see, feels with a heart of compassion, touches with the power of healing.

Do we seek the Great Physician in those times of struggle, sickness, despair, loss—and even in the day-to-day trials that weigh us down? He is ever near us. No appointment necessary. No waiting to be seen. No fee as we leave; it has been paid by Him.

Will we speak His Name and go to Him for healing?