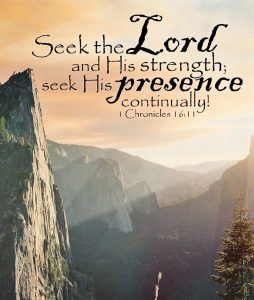 A strong wind pushing a young boy ahead of his steps;

The tree branch brushing across the face of a hiker;

A bee striking the hand of a woman in her garden;

The mother cradling her newborn son gently in her arms–

The Touch of the Master, who was in the beginning,

Creating with the touch of His voice,

Who Is and Will Forever Be a Presence.

We cannot go where the Master’s touch is not upon us.

JESUS PHYSICALLY TOUCHED OTHERS IN HIS LIFE HERE.

The Master’s touch healed a leper:

2 A man with leprosy came and knelt before Him and said, “Lord, if you are willing, you can make me clean.” 3 Jesus reached out His hand and touched the man. “I am willing,” He said. “Be clean!” Immediately he was cleansed of his leprosy. (Matthew 8:3)

The Master’s touch restored sight to the blind:

22 They came to Bethsaida, and some people brought a blind man and begged Jesus to touch him. 23 He took the blind man by the hand and led him outside the village. When He had spit on the man’s eyes and put His hands on him, Jesus asked, “Do you see anything?”

24 He looked up and said, “I see people; they look like trees walking around.”

25 Once more Jesus put His hands on the man’s eyes. Then his eyes were opened, his sight was restored, and he saw everything clearly. (Mark 8:22-25)

The Master’s touch raised the dead to life again:

12 As He approached the town gate, a dead person was being carried out—the only son of his mother, and she was a widow. And a large crowd from the town was with her. 13 When the Lord saw her, His heart went out to her and He said, “Don’t cry.” 14 Then He went up and touched the bier they were carrying him on, and the bearers stood still. He said, “Young man, I say to you, get up!”  15 The dead man sat up and began to talk, and Jesus gave him back to his mother. (Luke 7:12-15)

The Master’s touch calmed the fears of the disciples:

5 While he was still speaking, a bright cloud covered them, and a voice from the cloud said, “This is my Son, whom I love; with Him I am well pleased. Listen to Him!”

Touching the Master brought Thomas to belief in the resurrection of Jesus:

25But he said to them, “Unless I see the nail marks in His hands and put my finger where the nails were, and put my hand into His side, I will not believe.”

26 A week later his disciples were in the house again, and Thomas was with them. Though the doors were locked, Jesus came and stood among them and said, “Peace be with you!” 27 Then He said to Thomas, “Put your finger here; see My hands. Reach out your hand and put it into My side. Stop doubting and believe.”

29 Then Jesus told him, “Because you have seen Me, you have believed; blessed are those who have not seen and yet have believed.”(John 20:25-29)

Although we have not seen, we have each been touched by the Master. We have felt His presence in all of creation around us; our fears have been calmed by His promises; sight has been restored more clearly to us by His Word; healing has taken place within us through His sacrifice; eternal life has been promised to us when we touch the hands and feet of the Savior, feel the nail wounds through faith—and BELIEVE.