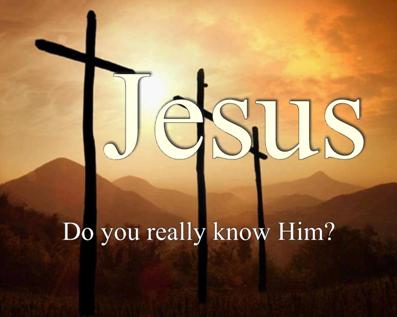 69 Now Peter sat outside in the courtyard. And a servant girl came to him, saying, “You also were with Jesus of Galilee.”

70 But he denied it before them all, saying, “I do not know what you are saying.”

71 And when he had gone out to the gateway, another girl saw him and said to those who were there, “This fellow also was with Jesus of Nazareth.”

73 And a little later those who stood by came up and said to Peter, “Surely you also are one of them, for your speech betrays you.”

Denial of Jesus? Earlier, Peter had boldly professed that he would never do this: “Even if all fall away on account of you, I never will . . . Even if I have to die with you, I will never disown you” (Matthew 26:33, 35).

When Christ had previously asked this disciple who He was, Peter declared: “You are the Messiah, the Son of the living God” (Matthew 16:16). A bold stance, a firm assertion, a proclamation of belief. Why, then, did Peter deny knowing His Lord publicly and loudly, his language degraded to cursing and swearing?

Peter confessed, by his own words, that Christ was the Son of God. Yet, he denied knowing “the Man”–the Jesus of Galilee. The reference switched from the Messiah sent by the Living God to the Man coming from a physical location in a known region of their world. The Man would be beaten, abused, spat upon, tortured, and crucified. The Man would die. “I do not know the Man!” Peter loudly exclaimed, cursing and swearing with an oath, denying the Man, who would leave him behind, alone. Was Peter’s admission true—that he didn’t really know the Man? With human perspective and limited vision, human emotion and personal feelings clouding his belief, Peter didn’t really understand the Man Jesus and how, seemingly, all the teaching, miracles, promise, goodness—could just end this way.

Put to the test. When a strong leader dies, a cause can lack the same momentum, fervor, and following. The cause can perish with that person. This leader, who called Peter to follow Him, was now willing to be led away, allowing His own demise to occur without even a fight. Peter had been told this before when Jesus foretold what was to come, but Peter could not accept it then and confronted Jesus: 22 Peter took him aside and began to rebuke him. “Never, Lord!” he said. “This shall never happen to you!” 23 Jesus turned and said to Peter, “Get behind me, Satan! You are a stumbling block to me; you do not have in mind the concerns of God, but merely human concerns” (Matthew 16: 22-23). Peter’s concerns were still those of men in denying Jesus of Galilee, the Man who knew His purpose and fulfilled it on the cross.

What happens to our faith when we deal with “human concerns” that might cause us personal harm, loss, social status, friendships, jobs, or even our lives? What limits do we put on our faith, depending on the cost? Peter’s earlier declaration to Christ– “You are the Messiah, the Son of the Living God”– was the solid foundation to build upon. Peter had to continue from that first rock of faith and confront much opposition to continue building without the Master Builder physically by his side. He went from denial to sacrifice, taking up the cross for Christ. To know the Man is to deny self, take up the cross, and follow Him.

DO WE, HIS CHURCH, KNOW WHAT IT MEANS TO FULLY “KNOW THE MAN?”

ARE WE WILLING TO ACT ON THAT KNOWLEDGE?

WE ARE THE MOMENTUM, THE FERVOR, THE FOLLOWING.