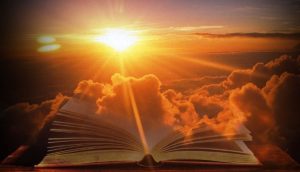 Yours, O Lord, is the greatness and the power and the glory and the victory and the majesty, for all that is in the heavens and in the earth is Yours. Yours is the kingdom, O LORD,  and You are exalted as head above all.   (2 Chronicles 29:11)

My good friend and I had each driven a distance to meet, have lunch, and share our lives through the meaningful conversation we always have when we get together. This time, it appeared that we had no place to do any of this when we were confronted with the news that the entire town was without power due to a main transformer being hit. The manager was just locking the door to the restaurant . . .

“NO POWER” IS NEVER A CONCERN WHEN WE ARE CONNECTED WITH GOD!

— For His invisible attributes, namely, His eternal power and divine nature, have been clearly perceived, ever since the creation of the world, in the things that have been made. . . (Romans 1:20)

— Long ago, at many times and in many ways, God spoke to our fathers by the prophets, 2 but in these last days He has spoken to us by His Son, whom He appointed the heir of all things, through Whom also He created the world.  3 He is the radiance of the glory of God and the exact imprint of His nature, and He upholds the universe by the word of His power. (Hebrews 1:1-3)

–And said, “O Lord, God of our fathers, are You not God in heaven? You rule over all the kingdoms of the nations. In Your hand are power and might, so that none is able to withstand You. (2 Chronicles 20:6)

–And all the crowd sought to touch Him, for power came out from Him and healed them all. (Luke 6:19)

–Now to Him who is able to do far more abundantly than all that we ask or think, according to the power at work within us, 21 to Him be glory in the church and in Christ Jesus throughout all generations, forever and ever. (Ephesians 3: 20-21)

–For the kingdom of God does not consist in talk but in power. (1 Corinthians 4:20)

— And God raised the Lord and will also raise us up by His power. (I Corinthians 6:14)

–And what is the immeasurable greatness of His power toward us who believe, according to the working of His great might 20 that He worked in Christ when He raised Him from the dead and seated Him at his right hand in the heavenly places, 21 far above all rule and authority and power and dominion, and above every name that is named, not only in this age but also in the one to come. (Ephesians 1: 19-21)

POWER IS FROM THE LORD. HE IS OUR SOURCE OF STRENGTH.

For His invisible attributes, namely, His eternal power and divine nature, have been clearly perceived, ever since the creation of the world, in the things that have been made. So they are without excuse. (Romans 1:20)

We are “they”– and we are without excuse. It is clear Who our power source is. When we choose our own source, we face outages and are without the source of Light we need.  We become weak, losing the connection to His strength.

. . .   My friend and I asked to just sit inside the restaurant, so we could, at least, talk for a while. The power had not been off long enough to prevent us from having some of the salad bar and two cookies for dessert. We moved closer to the windows, to have access to light– the Power Source from Him.  And we prayed and gave thanks.

Our connectivity to God is available 24/7.

We only need to stay close to the Power Source.