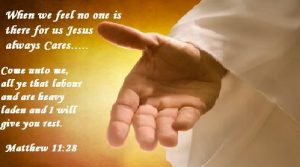 The disciples sitting at His feet–

A woman with a disease for 12 years–

The ten men with leprosy–

Nicodemus coming to Jesus at night–

Paul blinded on the road to Damascus–

How did they change after time spent with Jesus?

Time was a gift Jesus gave to others. Even though He was tired from His return journey to Galilee from Judea, and was sitting down at Jacob’s well to rest, He took time to make a difference in the life of one Samaritan woman who came to the well. He asked her to give Him a drink from this well. He was about to give her living water. He told her things about her past and present that no stranger would know. She thought He was a prophet. She told Him she knew a Messiah was coming who would explain everything. (John 4:25). “Then Jesus declared, ‘I, the one speaking to you—I am He.’ ” (John 4:26)

Did she change after time spent with Jesus?

28 Then, leaving her water jar, the woman went back to the town and said to the people, 29 “Come, see a man who told me everything I ever did. Could this be the Messiah?” 30 They came out of the town and made their way toward him. (John 4:28-29)

39 Many of the Samaritans from that town believed in him because of the woman’s testimony, “He told me everything I ever did.” 40 So when the Samaritans came to him, they urged him to stay with them, and he stayed two days. 41 And because of his words many more became believers. 42 They said to the woman, “We no longer believe just because of what you said; now we have heard for ourselves, and we know that this man really is the Savior of the world.”(John 4:39-42).

One moment, ripples extending from one woman to many men, women, and children of that time to even you and me in our time and beyond us through all time. All it took was a little time spent, one- on -one, face- to- face. Are we extending the ripple? 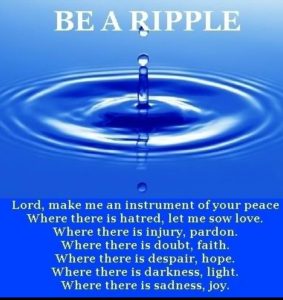 Like Loading...
Posted in Meditations on God's WordTagged Changed by Jesus, Come unto Me, Jesus cares, One on one with others, Ripples we can extend, The Samaritan Woman changed2 Comments

2 thoughts on “Time: One-on-One, Face-to-Face. One moment with Jesus.”