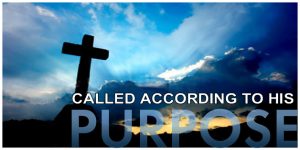 Spring was on the calendar. The robin arrived—and alighted on top of the snow-covered ground. This couldn’t be right. Where was the ground? No grass in sight. Didn’t the bird have some internal direction from the Creator to come? Was there a miscommunication? The robin took one last look around the perimeter and flew away. 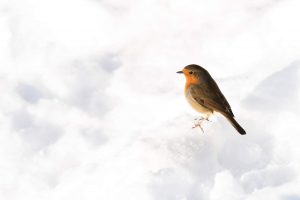 Do we, sometimes, feel so led by an internal guidance that we follow it—only to be confused and disappointed at the circumstances we find ourselves in? Surely, the inner calling was to lead us to a destination that would be fruitful ground ready to grow what we could plant, a worthy task. But what if it is barren and parched or cold and frozen? Do we take one last look around the perimeter and walk away?

1In those days John the Baptist came, preaching in the wilderness of Judea 2 and saying, “Repent, for the kingdom of heaven has come near.”3 This is he who was spoken of through the prophet Isaiah{40:3}: “A voice of one calling in the wilderness, ‘Prepare the way for the Lord, make straight paths for Him.’” (Matthew 3:1-3)

John the Baptist knew his work was to prepare for Christ, the One who would supersede him and anyone that would come after:

“I baptize you with water for repentance. But after me comes One who is more powerful than I, whose sandals I am not worthy to carry.” (Matthew 3:11)

The world tells us the ones who are great are known in some manner for their celebrity through fortune, a name, a talent or skill, a title. Not the servant. Not the one in the background, behind the scenes of the main story. Not the one with the part that doesn’t get the top billing on the billboard. Yet, that person is needed and necessary. In God’s Kingdom, the servant is the one exalted.

Even the One who is above all others, the One whom John the Baptist prepared the way, is the servant to everyone who has lived, now lives, and will live:

Maybe what we think is not the right place or circumstance for us is exactly where we should be for God’s purpose. Instead of a superficial look around the perimeter, a closer view through prayer is needed to find the opportunity God has placed before us—to serve Him. 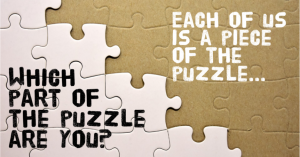