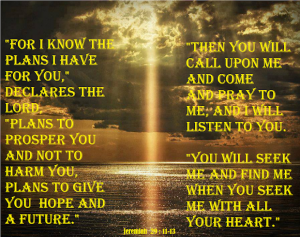 The brief Messenger “talk”, a Snapchat moment, an abbreviated text, the selected”like” or “love” click on Facebook , an appropriate emoji—such is, often, the essence of our connections with each other today.

In contrast, we have lengthy books and letters in God’s Word. The communication is deeper, personal, and involving. The “reaching out” from God through His Word is a “reaching in” to our thoughts, where we can respond back to Him and converse with Him:

God’s Word to us,

To those who hear,

To those who read,

To those who hunger,

To those who thirst.

Our prayers to Him

Sent to be heard,

Reaching out to God

Who first spoke to us;

1  In many and various ways God spoke of old to our fathers by the prophets; 2 but in these last days He has spoken to us by a Son, whom He appointed the heir of all things, through Whom also He created the world. (Hebrews 1:1-2)

And the Word became flesh and dwelt among us, full of grace and truth; we have beheld His glory, glory as of the only Son from the Father. (John 1:14)

13 I write this to you who believe in the name of the Son of God, that you may know that you have eternal life. 14 And this is the confidence which we have in Him, that if we ask anything according to His will he hears us. 15 And if we know that He hears us in whatever we ask, we know that we have obtained the requests made of Him.   (I John 5:13-15)

Our communication with the Father, through His Son, becomes an enduring relationship through all time when we deeply engage with Him in prayer and the study of His Word.

Spoken and unspoken communion with our God– unbroken.